2 Ph.D. student of Economics and Finance Management of Higher Education, University of Tehran

The purpose of the present article is to compare the prospects and objectives of higher education in six countries (Netherlands, France, Singapore, Malaysia, South Africa, and Saudi Arabia). In the present qualitative research, George Brady’s comparative strategy (description, interpretation, juxtaposition, and comparison) was utilized. The results of this section were summarized in the form of tabulation and diagramming. In the final stage, in line with the purpose of the research, the perspectives and goals of higher education in the studied countries were compared with each other, and then, the similarities and differences were identified and analyzed The findings showed among the common points of these countries, we can enumerate attention to internationalization, digitalization, deepening the role of universities in the knowledge-based economy, ingestion, and enhancement of academic research capacity, selecting and managing talents along with academic human capital programs. In terms of differences of these countries, the specific perspective of each country for higher education was investigated, which is mostly influenced by the policies, the way of governing, and the atmosphere of discourse within these countries. In terms of the common goals we can name linking the higher education system with the labor market, financial development of universities, creating and promoting competitive advantage between countries, conducting mission-oriented research in solving national and international problems, and continuously improving the quality of higher education with an especial emphasis on e-learning. In terms of differences, each country pursues different goals according to its local structure and conditions, which are discussed in this study. Finally, fifteen ideas for Iranian policymakers are presented. 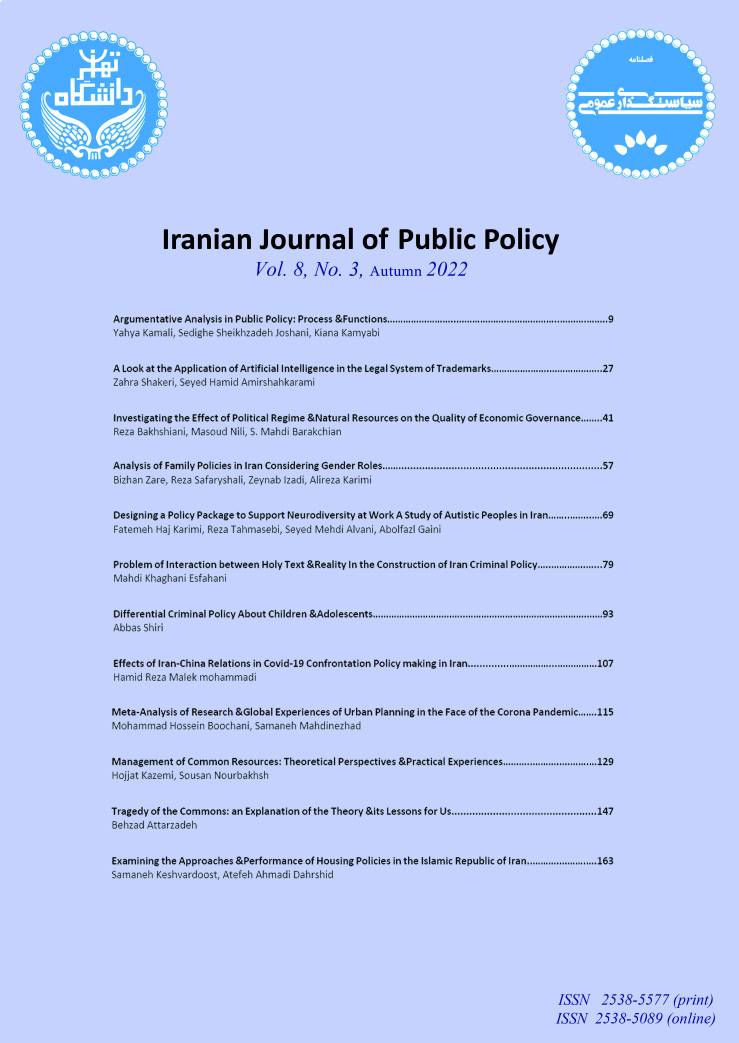